It is tempting in the context of the most recent developments in Viet Nam – in particular the profoundly disappointing if somewhat predictable conclusion of the constitutional revision exercise, the now-steady stream of arrests of bloggers and emerging concerns over the status of dissident Cù Huy Hà Vũ – to conclude that nothing much at all has changed with respect to Viet Nam’s politics.

The confidence votes taken in the National Assembly last week represent a fast-fading bright spot in what has been a decidedly discouraging few weeks. The confidence votes In my view were and remain a genuinely important development in the evolution of the National Assembly, a forum which from its infancy was made subordinate to the Communist Party of Viet Nam and hence manifests all the limitations of one Party rule. One important contribution of the votes is that they introduced an element of indeterminacy in the country’s politics, something which has been mostly missing in a country where a hierarchical and secretive system of Party cells penetrates virtually all social organizations. The politics of the National Assembly, in other words, are no longer entirely the precooked politics we are so accustomed to. That said, the Assembly is in practice a body constituted by a handpicked group of party members and ‘party people.’

Alas, within a few days of the NA’s confidence voting and the buzz it generated, the sense of possibility has given way to something depressingly familiar. As it now appears the State, presumably under directions from the Politburo, is redoubling efforts to silence and short circuit the development of Viet Nam’s increasingly dynamic reform constituency.

Let us turn briefly to the arrests. Within the space of three weeks, three persons have been charged under the new favorite tool of Viet Nam’s repressive agencies: Article 258 of the Penal Code. This positively Stalinist measure stipulates that “Those who abuse the rights to freedom of speech, freedom of press, freedom of belief, religion, assembly, association and other democratic freedoms to infringe upon the interests of the State, the legitimate rights and interests of organizations and/or citizens, shall be subject to warning, non-custodial reform for up to three years or a prison term of between six months and three years.” I ask, why does Viet Nam, a country with such great potential, remain a police state? How do such repressive institutions contribute to the country’s future?

The arrests, of course, were meant not just to silence a few individuals, but rather to threaten all reform-minded individuals. It is too early to know whether they will be effective. But early indications suggest that the arrests, far from pouring cold water on political protest, have deepened the sense of determination among those within, outside, and on the borders of the state who seek breakthrough political reforms. In the mean time, Viet Nam’s international image and reputation is once again being dragged through the mud.

The arrests also invite a sober assessment of the possibilities and limits of Internet activism in Viet Nam. A recent article in the Financial Times on net activism in Southeast Asia (written by Daving Pilling and with contributions from Nguyen Phuong Linh) noted the power of the internet in development on open political debate. 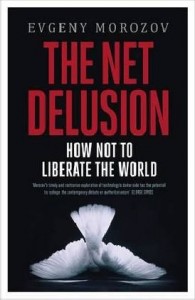 But the article also pointed out the limits of the Internet activity in authoritarian settings, here making reference to Evgeny Morozov’s interesting but not unproblematic book The Net Delusion (see a thoughtful review here), which challenges the idea that the internet is an effective tool for emancipatory activism.

Standing back and observing what is going on in Viet Nam today we can also agree that while the Internet in Viet Nam has facilitated the development of lively reform-minded political discourse. Yet until now open political discussions in Viet Nam remain largely in cyberspace. While the discussions are often interesting they also, perhaps somewhat predictably, devolve into a kind of echo-chamber in which great energy is given to a critique of Viet Nam’s backward political tendencies and relatively little energy given (perhaps because of the inherent dangers) to proactive politics.

Social scientific research on social movements suggests that while open calls for reform can be a powerful motive force, such calls only materialize into potent movements when they are focused and supported by well-organized and disciplined actions oriented around specific goals. This, in turn, requires forms of organization than can effectively mobilize and deploy various ‘social movement resources’ over a sustained period in a constantly changing political environment. By contrast, chaotic expression, while perhaps cathartic, is unlikely to bring tangible results in and of itself.

Viet Nam’s reform constituency can indeed be likened to a ‘big tent.’ But until now activities within that tent remain decidedly chaotic. Which brings us the notion of “political opportunity structure.”

The formation of social movements does not occur in a vacuum but rather in a dynamic social environment animated by a continuously evolving set of opportunities and risks.  The success or failure of reform movements globally often rests on how they conduct themselves in the face of such of these risks and threats.

The constitutional reform process is a nice example of the political opportunity structure idea. The discussion of constitutional reforms did not evolve by accident. It was initiated rather clumsily by the state and then seized upon by a group of committed persons who sensed a political opportunity and deployed their resources and talents in an organized and strategically wise manner. What started as a stage-managed exercise by the state evolved (thanks to brave deeds of reform advocates) into a lively national debate that was truly unprecedented in Viet Nam’s history.

Current advocacy around the status of Cù Huy Hà Vũ perhaps represents another political opportunity. Once again, this is an opportunity created by the clumsy acts of a repressive state. But now it has on its hand a determined and eloquent dissident; a figure who commands wide respect both within and outside of Viet Nam.

In the context of an unremitting campaign of arrests and detentions, one ought not lose sight of the forest for the trees. There is value in taking a broader view.

It is safe to say that the last 12 months have been quite different than any comparable period in Viet Nam’s history. The distinctiveness of this period can be seen within the state apparatus, with the Central Committee’s rebuke of the politburo, the tenuous position of Nguyen Tan Dung, and most recently the apparent failure of regime conservatives to usher Nguyen Ba Thanh into the politburo. Ngân và Nhân remain somewhat mysterious persons and it is too early to discern whether their alleged open-mindedness is cosmetic or real.

In the meantime, outside the party-state, and on its borders, Viet Nam is clearly different than it was a year ago. While one can still be thrown in jail for displaying the ‘wrong’ political symbols or saying bad things about Beijing or calling for the overthrow of the regime, the growing ranks of reform-minded Vietnamese today are at ease in stating their preference is for political reforms, and not only online. For example, many Vietnamese are comfortable in stating their preference for the elimination of Article 4 of the Constitution. These people are not for the destruction of the Party and they are not ‘hostile forces.’ They are patriotic Vietnamese who wish for the Communist Party of Viet Nam to end it political monopoly and compete alongside other patriotic parties in pursuit of the promotion of the national interests in a peaceful, secure, and democratic social order.

In the short term there are important practical questions to be asked. For example, how should pro-reform parties conduct themselves in the face of crude repression along the lines of arrests and detentions under Article 258? That’s a good question. There probably a need to be patient, prudent, imaginative, and resourceful, and to avoid falling into the various traps laid out by enemies of reform.

While it is admittedly hard to do, there is a need to look beyond the institutions and agencies of repression. The police who show up to arrest and intimidate bloggers are in the last analysis only carrying out only human beings operating within a specific institutional orders. They are living, breathing people with families and hopes. Their professional futures hinge on how well they follow orders informed by mistaken policy.

The same can be said for the state-sponsored internet discussants who constantly try to guide discussions with all sorts of false arguments. On my Vietnamese language blog, for example, my observations about political protests in Viet Nam were wrongly construed by some ‘discussants’ as arguments in favor of protesting per se. I emphasized that protest in a democratic polity is a mechanism for bringing pressure to bear on unaccountable political actors. I am not in favor of protest per se and reject violent protest in all its forms. One of these same discussants said I should focus on victims of Agent Orange and dioxin. Absolutely, I should. But this issue itself has nothing to do with political reform. And in the last few days Vietnamese have been subject to ridiculous media reports, which have raised rather than diminished concerns about the status of CHHV.

The arrests and intimidation and the “one-way politics” are dispiriting and not easily dealt with. Yet advocates of true reforms lose when they devote most of their energy to responding to these practices and relatively little in proactive  politics.

A forward-looking (rather than ‘reactive’ – not reactionary) disposition can perhaps help deal with the punishing psychological aspects of living in a police state while also promoting a more constructive approach.

Are there historical examples Viet Nam might look to? In India’s struggle for independence, campaigners refused to be deterred by unjust repression and they directed their energies not at police or their oppressors but at eliminating oppressive policies. In the United States’ Civil Rights movements, activists from diverse backgrounds stressed the need to maintain discipline and to stay focused on the ultimate goal. This spirit was neatly captured in phrase (keep your) “eyes on the prize.” (It should be emphasized here that the success of the US civil rights movement was not about singing songs, it was about organization.) In South Korea, workers and students struggled over the course of a decade for reforms. And today, while South Korea’s politics are not perfect, they are light-years ahead of Viet Nam, which is ironic given Viet Nam’s leaders interest in ‘the Korean model.’ Viet Nam’s own struggle for independence, though it was regrettable violent and destructive, was at times energized by a deep-held confidence in the certitude of ultimate victory. According to many within and outside Viet Nam’s state apparatus, ultimate victory has yet to come.

If Viet Nam is to achieve the reforms it needs to join the ranks of the world’s open and democratic societies, it is precisely careful organization and long-term determination that are needed. History cannot be rushed. But change will not occur without bravery, prudence, and imagination. Advocates of reforms in Viet Nam envision and a society in which freedoms enshrined in the constitution are actually protected. In which Stalinist artifices are a thing of the past. A Viet Nam which is strong, secure, and democratic and is governed by the rule of law, under-girded by a truly independent judiciary. If the Communist Party wishes to bolster its legitimacy, it should dispense with its police-state tactics and get down to the business of promoting the kind of breakthrough reforms Viet Nam so obviously needs. The sooner it does so the sooner Viet Nam can find a truly promising path to its future. But they will only do so if reform champions keep their eyes on the prize.

4 thoughts on “Eyes on the prize”