Vietnam’s people are finding their political voice
Jonathan London says that while repression persists, it is becoming less pervasive 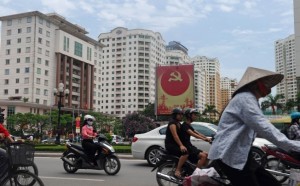 Important things are happening in Vietnam. Most attention has been given to the state repression that continues to sully its reputation internationally. Yet, within the past few months, Vietnam has experienced indisputable changes in its political culture, a development that is of much greater significance.

The changes consist not only of petitions or sporadic acts of defiance; in a very short period, the country has developed a lively, even pluralistic, political culture.

Recognising these changes also means recognising their limits. Driving through central Vietnam recently, I was reminded of how Stalinesque it can sometimes be. But this is no longer the only face of politics in the country.

Every day now, legions of Vietnamese are taking to the blogosphere and laying out their perspectives. Long dormant, the art of political commentary is seeing a renaissance.

For example, hundreds of citizens took to public parks in Hanoi, Ho Chi Minh City and Nha Trang to participate in human rights and freedom of association “picnics”. Yes, these acts were met with repression, threats and beatings, but they persisted. And, however fleeting, it was a Tocquevillian moment for Vietnam.

So what is going on? Three developments seem most important. First, a few significant pockets of delusional thinking and entrenched conservative reflexes notwithstanding, virtually every serious observer of Vietnam’s political economy knows it is time for substantive institutional reforms, and not simply in the economic realm.

Second, Vietnamese people are finding their voice. They are demanding change, from diverse quarters. The voices are increasingly independent and in the open. And it appears they will not soon be silenced.

This brings us to a final and perhaps most curious element: the dissipating force of state repression. It is still there and as nasty as ever when it bites. But its pervasiveness is waning. Photos of the rights picnic, for example, freely circulate online.

These degrees of freedom, it has been argued, owe mainly to factionalism within the party, within which opposing groups benefit from publicly attacking each other. My own take is that it reflects an evolving sentiment, resignation and even pride within party ranks that reliance on repressive means is an undesirable path for Vietnam.

While predicting politics in authoritarian regimes is generally foolhardy, it is conceivable that real political change could occur within five years. Talented and motivated people within and outside the party are finding a voice. At the very least, with its increasingly open political discourse, Vietnam’s political development has entered a new stage.