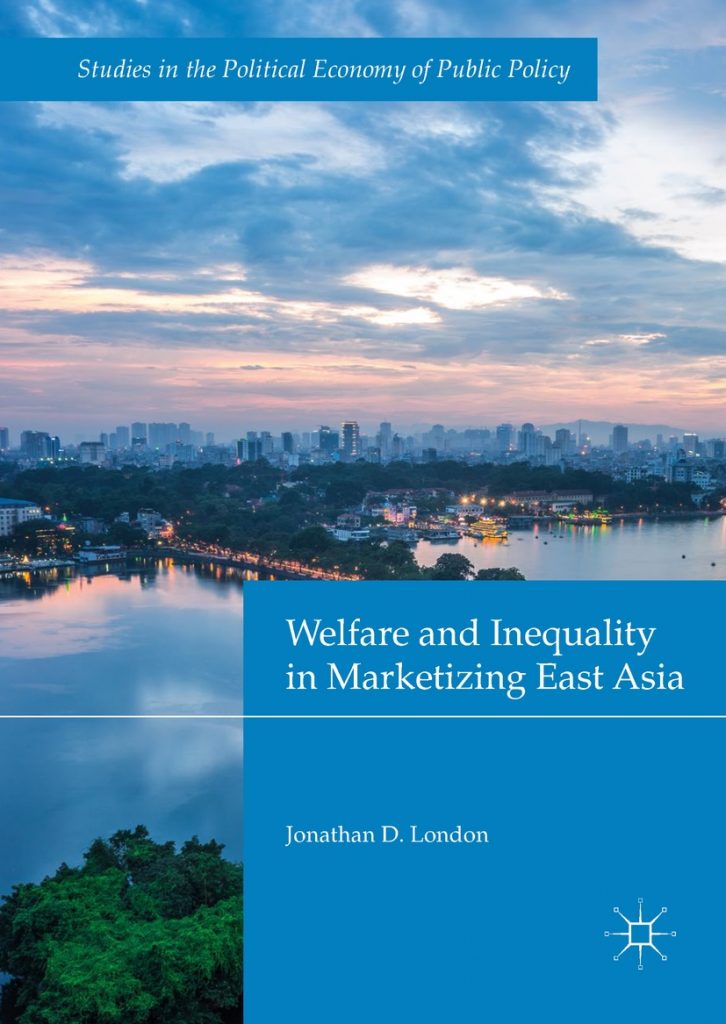 Welfare and Inequality in Marketizing East Asia addresses the comparative political economy of East Asia in the context of late 20th and early 21st century marketization—understood as an historic and dramatic acceleration in the world-scale expansion of markets and market relations that has gained force since the early to middle 1980s and which has transformed social life everywhere. East Asia has figured centrally in this contemporary instance of marketization.

This study traces the manner in which marketization has registered across the region’s diverse social landscape and explores how it has shaped welfare and inequality across the region. It does so through an approach that views contemporary East Asia’s political economies as dynamic, globally-embeded social orders and embraces the spirit of Charles Tilly’s (1984) meta-theoretical explorations of “big structures, large processes, and huge comparisons.” Situated in the world-historical context of late 20th and early 21st century marketization, the book employs individualizing, universalizing, and variation-finding modes of comparison to probe the dynamic properties of the region’s political economies as social orders in order to better understand how marketization— in combination with other factors—has shaped welfare and inequality outcomes within them.

It contends that a more adequate theorization of welfare and inequality in marketizing East Asia requires an encompassing approach trained on continuity and change in the social constitution of political economies.

Rather than replacing narrow analyses of the political economy of growth with similarly narrowly-focused studies of welfare or inequality, we can explore the manner in which the broad array of social relations and processes associated with marketization bear mechanisms underpinning growth, welfare, and inequality across time and place. The typological search for ideal-typical “worlds of welfare” that has been at the center of the literature on comparative welfare regimes is jettisoned in favor of an inductive approach focused on the dynamic attributes and development of social relations within countries, understood as nationally-scaled social orders.

Coming next: The value and limits of welfare regimes analysis