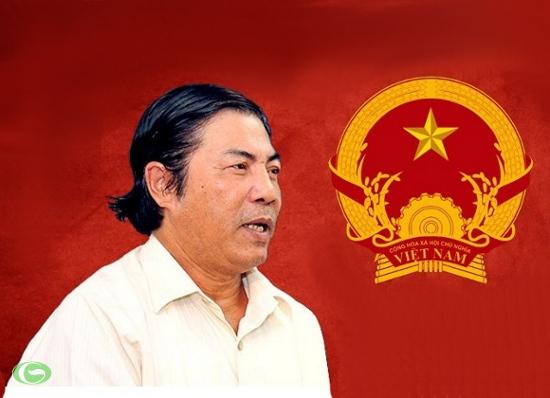 Today word came that Nguyen Ba Thanh, one of Vietnam’s leading political figures, has passed away. The following is based on my own reflections and knowledge of Nguyen Ba Thanh and his significance. It can not be considered to be an authoritative account because I am not deeply familiar with his career nor did I ever meet him in person. I did, however, live in Da Nang and Quang Nam in 1999 and 2000 and have followed those localities’ politics with considerable interest. The following should be taken as my own amateurish attempt at grasping his significance with incomplete information.

Nguyen Ba Thanh (18 April 1953 – 13 February 2015) was a native of Da Nang and among the most important leaders in the city’s history. He was a rare commodity in Vietnamese politics: an entrepreneurial and pragmatic political conservative with a strong record of experimentation and achievement. He will forever be associated with the rapid transformation of Da Nang from a sleepy nondescript post-revolutionary town into a still-quiet but increasingly impressive showcase for large infrastructure projects – especially new roads and bridges – and innovative government reforms. While the city still lacks a distinctive flavor, it’s transformation is remarkable by any standard and residents of the City frequently report high levels of satisfaction with a range of public services, ranging from education to waste management. He was a City leader of national stature.

Nguyen Ba Thanh’s reputation was not without controversy. While his billing as Vietnam’s “Mr. Clean” gained him considerably notoriety and admiration, this characterization was increasingly questioned by critics who took issue with his aggressive tactics in clearing neighborhoods for new infrastructure and allegations that he himself had engaged in corrupt practices. While his achievements in promoting Da Nang’s development have been widely praised and are in respects undeniable, critics have noted that the City’s redevelopment occurred without the creation of public spaces, and with an insignificant industrial base and middling service economy. The city’s famous beaches that have been increasingly enclosed within lucrative joint-venture property developments which, while no doubt contributing to the City’s finances, have generated uncertain contributions to interests of the city’s general population. These criticisms notwithstanding, the native of Da Nang will forever be associated with the city’s development and transformation at the turn of the century.

Da Nang and its neighboring provinces have always occupied an important place in the politics of the Communist Party of Vietnam and Nguyen Ba Thanh’s status as an effective leader made him a natural candidate for ascending to the highest positions within the party. Widely respected among much of the political establishment, Nguyen Ba Thanh’s political ascent nonetheless fell short of expectations when in 2013 he failed to win a seat in the 16-member Politburo. Politically, he will be remembered as an enterprising and unusually effective administrator, which is significant insofar as his achievements have inspired greater openness to experimentation and innovation in public management.

Nguyen Ba Thanh’s reputation as corruption free was challenged toward the end of his career even as he was appointed as Vice-Chair of the Politburo’s anti-Corruption Committee. Notably, his illness and ultimate passing came at a time when Vietnam has been confronted by a fresh wave of allegations of high-level corruption, allegations that are potentially harmful to the Party’s legitimacy and which are fueling renewed calls from within and outside the state for systemic institutional reforms.

As a man of the Party, Nguyen Ba Thanh’s willingness to experiment and his penchant for emphasizing the need for transparent and efficient government will remembered fondly by his many supporters. Among Nguyen Ba Thanh’s most notable qualities was his ability to speak at very great length — sometimes as long as three hours — but in a disarmingly free-wheeling, often persuasive, and consistently playful and humorous way that made his public speeches and pronouncements a spectacle, winning him additional admiration among his fans and begrudging respect among his skeptics. (See the three-hour and seven minute “clip” below.) Nguyen Ba Thanh will be widely remembered across Vietnam.